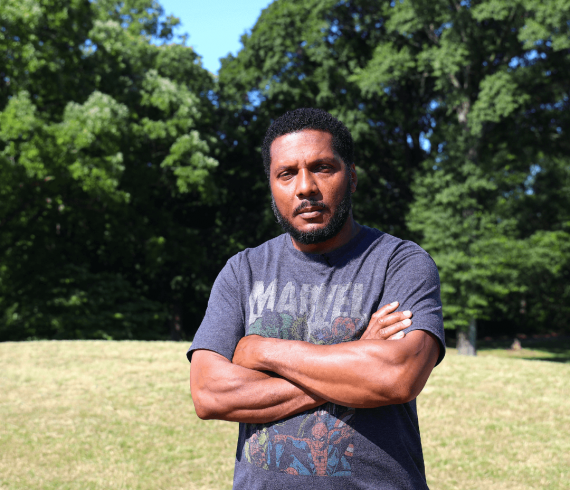 by Terini· July 30, 2021· in Community· 0 comments tags: community, culture, entrepreneur
[vc_row css=”.vc_custom_1458549864192{padding-top: 43px !important;padding-left: 10% !important;}”][vc_column][vc_gallery interval=”0″ images=”4054″][vc_empty_space][vc_column_text]Daryll Lewis: Protecting  the Fort[/vc_column_text][vc_column_text]French Fort is an area in Memphis, TN that isn’t known by many people. It’s a small neighborhood tucked away near the downtown area. It’s a place many would say that you “run into” as opposed to visiting. When you walk into French Fort, there is a calmness to the neighborhood. The houses are beautiful in age and upkeep. It’s a place that Daryll Lewis is proud of.  Lewis feels a sense of security in the Fort. He loves that politicians don’t leave French Fort out of the loop of information. He appreciated the Memphis Police Department for taking care of him and his neighbors when trouble arises. He overall loves the community, which is majority made up of his family. Lewis’s family was one of the first families to move into the French Fort neighborhood. The neighborhood was established in the 60s and although it was on the market, not many people were buying the houses due to the industry that was surrounding it. Thus, it’s always been a close-knit and secluded area for Lewis. In the Fort, as Lewis likes to call it, there are 2-3 generations […] Read More