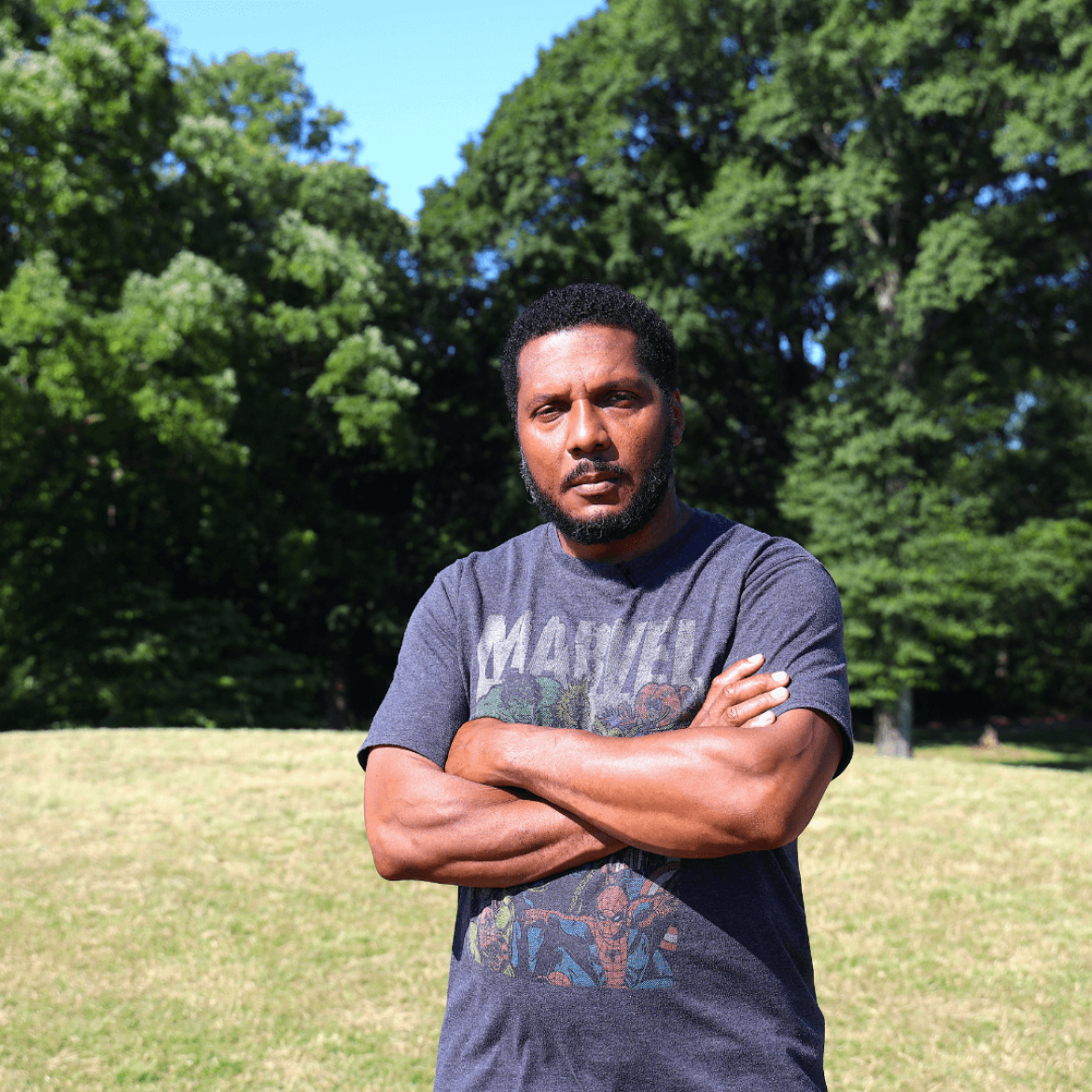 [vc_row css=”.vc_custom_1458549864192{padding-top: 43px !important;padding-left: 10% !important;}”][vc_column][vc_gallery interval=”0″ images=”4054″][vc_empty_space][vc_column_text]Daryll Lewis: Protecting  the Fort[/vc_column_text][vc_column_text]French Fort is an area in Memphis, TN that isn’t known by many people. It’s a small neighborhood tucked away near the downtown area. It’s a place many would say that you “run into” as opposed to visiting. When you walk into French Fort, there is a calmness to the neighborhood. The houses are beautiful in age and upkeep. It’s a place that Daryll Lewis is proud of.

Lewis feels a sense of security in the Fort. He loves that politicians don’t leave French Fort out of the loop of information. He appreciated the Memphis Police Department for taking care of him and his neighbors when trouble arises. He overall loves the community, which is majority made up of his family.

Lewis’s family was one of the first families to move into the French Fort neighborhood. The neighborhood was established in the 60s and although it was on the market, not many people were buying the houses due to the industry that was surrounding it. Thus, it’s always been a close-knit and secluded area for Lewis. In the Fort, as Lewis likes to call it, there are 2-3 generations worth of homeowners in French Fort who stand firmly on the idea that their houses should not be sold to others but worked on and always circulating within the family. Lewis is a homeowner in the neighborhood and he had strong opinions about keeping his neighborhood disruption-free including from developers in the city of Memphis.

Preserving French Fort is a driving force behind Lewis’s view on the French Fort neighborhood. Who can blame him? French Ford is his home. It’s a place where he’s never seen trouble unless there were outside influences. French Ford is where the entrance and exit have surveillance and Lewis takes that as a sign of protection. So when he got word that there were people in the city of Memphis wanting to change his childhood neighborhood, he felt he had to defend the fort. Lewis’s issue is not with people coming in and changing the area but he does have an issue with the fact that the community that originally occupied that space isn’t getting any input on the developmental changes people in the city are trying to make. To him, it looks as though people are criticizing the neighborhood while not getting to know the history behind it.

French Fort is a family-oriented neighborhood. Lewis remembers being guided and mentored by many champions of the neighborhood and he appreciates the love that was poured into him. The Fort is a place where keeping senior citizens and young people safe is the number one priority. It’s within walking distance from the Metal Museum. It’s close to the Mississippi River with lots of potentials, but Lewis believes that French Fort should be a neighborhood that ages in place. He feels so strongly about this because with changes comes new people and possibly new policies. This is a fear of Lewis’s because he has seen how newer businesses have come into the area and brought unwanted company, such as the motel that’s close to the neighborhood. Before that building was a motel, Lewis remembers it being a restaurant on the roof of that building with a beautiful view of the river. Now, according to Lewis, the motel is bringing in criminal behavior.[/vc_column_text][/vc_column][/vc_row]