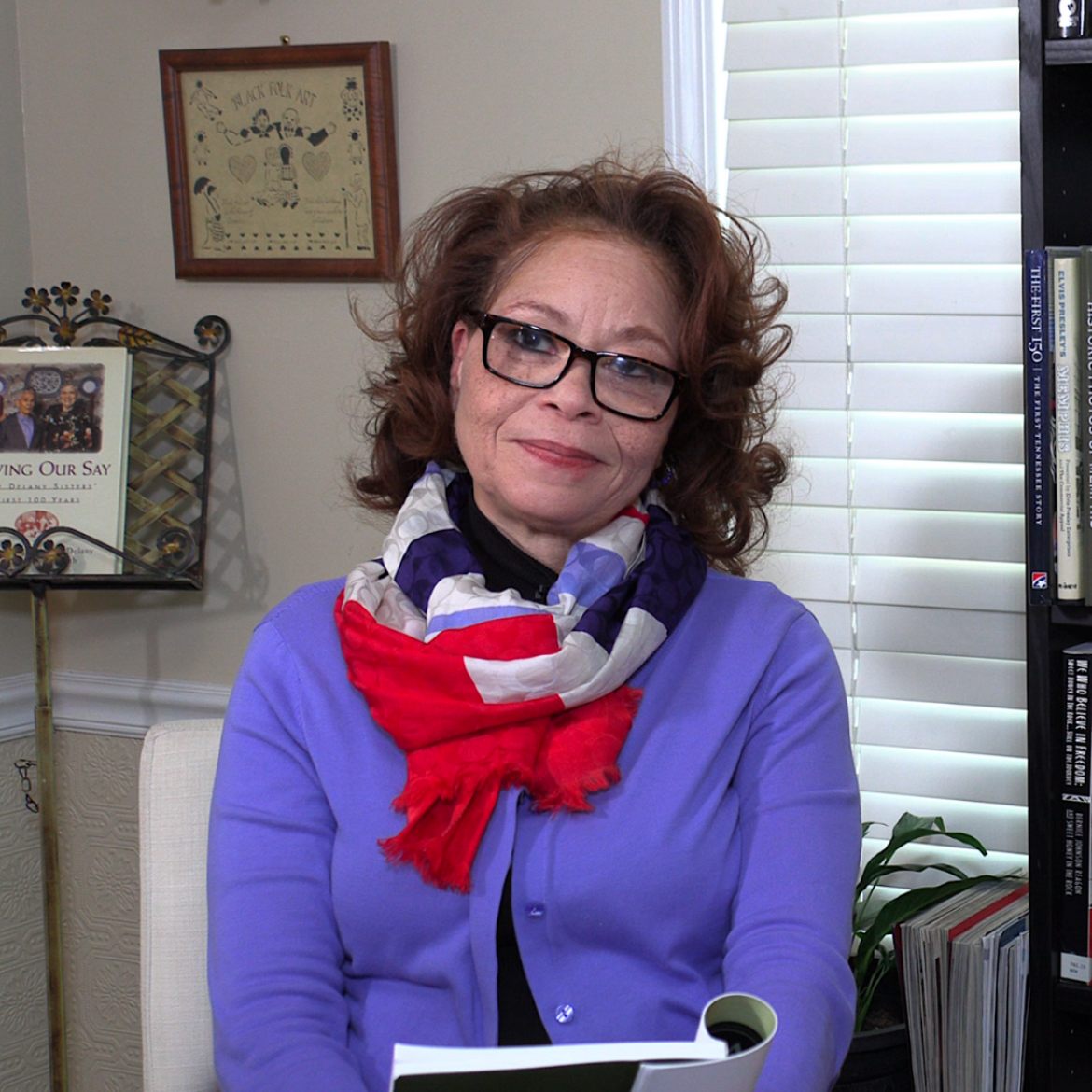 [vc_row css=”.vc_custom_1458549864192{padding-top: 43px !important;padding-left: 10% !important;}”][vc_column][vc_gallery interval=”0″ images=”1814″][vc_empty_space][vc_column_text] Angela Williamson: Division Never Did Skew Her Vision[/vc_column_text][vc_column_text]Angela Williamson comes from a family of diversity. She comes from a family that is historically unacceptable and purposefully attacked by segregation laws, racists, and ignorance. However, because her family was so grounded in their roots and knowledgeable about their surroundings, Williamson was able to grow up in a home that supported differences living together in harmony and she embraced that.

Williamson has always stuck out from the crowd from her being the only one in her family with red hair to her family’s unique history and all the way down to her outspokenness. Her family history starts with her great grandmother Lucy Smith and her great grandfather Josephus Smith. Mr. Smith was an Irish man who found his way to Chicago and then Helena, Arkansas where he would soon meet Mrs. Lucy Smith. Mr. and Mrs.Smith’s relationship originally was professional as Mrs. Smith worked for Mr.Smith until Mr.Smith decided he couldn’t spend the rest of his life without her. Mr. Smith loved Mrs.Smith so much that he was willing to risk being legally reprimanded and disowned by his family to marry Lucy. As Williamson reflected on the story of her great grandparents she shined a light on her beliefs in love. She believes that even though legally her great grandparents couldn’t be together, “love chooses you.” With this story in mind, it’s hard not to say the same for anyone in the city of Memphis whether it’s love for the city or love for another living being in this city. You don’t get to choose to love Memphis, it chooses you because it’s your home. It’s where your soil is. The choice we do have is whether we act on that love or not.

Like people judged her family’s unique heritage, people also judged Williamson for how she looked even as young as her pre-k years. She was a Black woman who made many other races in her lineage and her physique showed exactly that. She’s fair-skinned with red hair with Black and Native American physical features. Young ignorant children often bullied her for her looks. They’d pull her hair and call her out of her name without knowing a single fact about her. As Williamson reflected on these painful memories, she also reflected on the nature of judgment. She talked about how people often acquire first impressions and never venture any deeper. People often create the remainder of the story in their own heads, and that’s exactly what they did to Williamson. After realizing the realness of this kind of judgment in her school environment, she quickly noticed the racial tension in her surrounding environment as well. It was hard for her to be accepted by both or either side of her racially mixed heritage. She was “othered.” But she never allowed the confusion of other people to take away from her confidence in her identity. Williamson turned to her family for groundedness and confidence in who she is and the importance of her existence in this world. She says her family didn’t hold things from her and she was always encouraged to speak up and ask questions.

[/vc_column_text][/vc_column][/vc_row][vc_row css=”.vc_custom_1459428507763{padding-top: 24px !important;padding-bottom: 45px !important;padding-left: 10% !important;}”][vc_column][vc_column_text]“See me, hear me, and believe me” are three phrases that are popular among the Black woman’s community. They are phrases that subtly point out the way Black women have been historically left out of the conversation when discussing social change. As a woman of the Black community, Williamson reflected on the phrases and could easily connect them to lessons she learned at the dinner table. Lessons of listening to others despite differences. Lessons of doing active research before making claims. Two lessons that we can both apply to social change and developing better communities within our own neighborhoods as Williamson also pointed out.

“We need to open our eyes and truly see what’s going on around us, We need to pull the blinders down a little bit,” said Williamson, “There may be someone in your neighborhood that needs exactly what you have. You may not have much but you have experience, some words, or even some service or something material you can offer the community.”