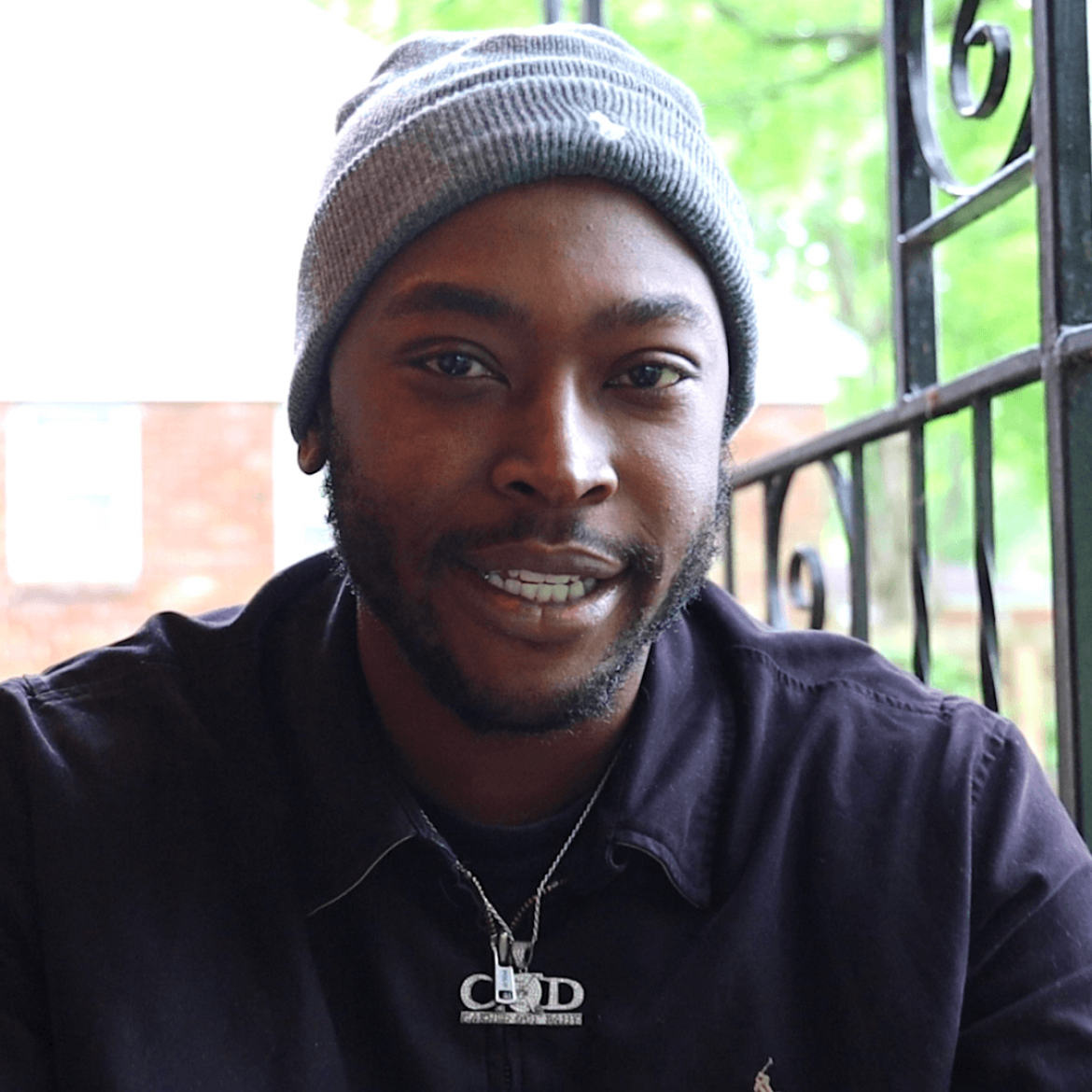 [vc_row css=”.vc_custom_1458549864192{padding-top: 43px !important;padding-left: 10% !important;}”][vc_column][vc_gallery interval=”0″ images=”4048″][vc_empty_space][vc_column_text]Darnell Williams: Pray, Protect, and Provide [/vc_column_text][vc_column_text]Darnell Williams comes from the Orange Mound community with roots in Frayser in The Bay. When you enter the origin story of Williams, there is a tale of a young child who grew up without his father in a neighborhood of economic instability. Williams had to grow up fast and quickly learned the street code to becoming a strong leader without the rules.

His mother is from Brooklyn. She is one of the contributing Black business owners in the Orange Mound Community with her own landscaping and home improvement business. She brought her roots from New York and incorporated them into raising her son. Throughout Williams’s young life, he had what he likes to call a New York hustle and a Memphis Hustle inside him. The New York hustle came from the lessons his mother would teach him whether that’s through her directly teaching him or leading by example. The Memphis hustle comes from him being born and raised in Memphis without much guidance on how to become financially free. He knew he had to put the two together to pave a way out of the house and independent of his mother’s financial support. Williams hustle directed him to selling merchandise on college campuses, producing music with neighborhood friends and friends whatever else made money and made sense.

He went to school at the University of Arkansas Pine Bluff (UAPB), a place where he met many of his lifelong friends. UAPB was the environment where he says molded him into becoming a better person. At UAPB was where he and his friends decided they would start building their own record label and started taking their individual musical talents (production, songwriting, rapping) seriously. Since then, Williams and others have been working tirelessly to push out dope music and continues to grow his knowledge about the music business, while holding tight to the hustle and the Memphis grind. [/vc_column_text][/vc_column][/vc_row]