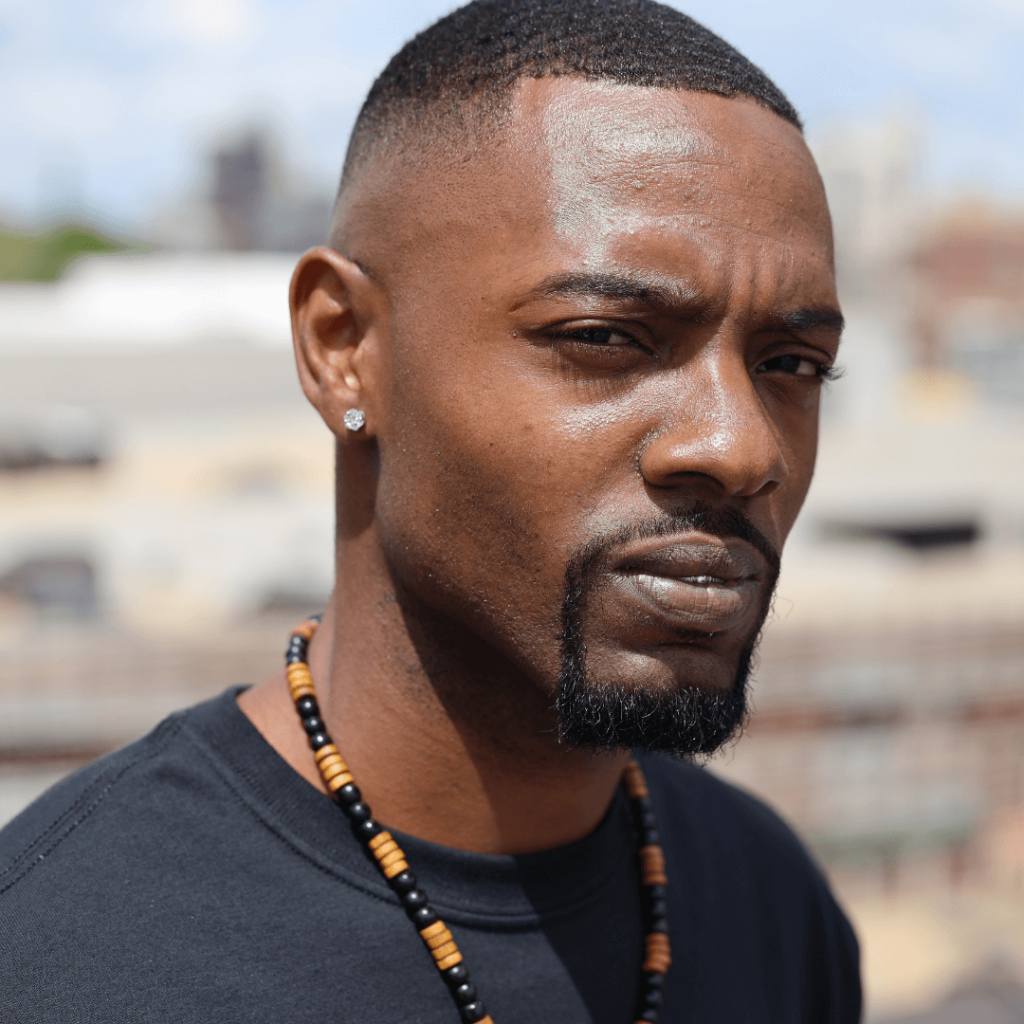 North Memphis E: Walking in My Truth[/vc_column_text][vc_column_text]Erick Williams also known as North Memphis E is someone who has turned his hardships into motivation toward discovering who he truly is and what and who is a part of his ancestry. The journey to his self-discovery starts in the archives of Memphis. He went digging into the history of Memphis and stumbled upon the Chickasaw Historical Park. The first time that Williams saw the park he had more questions than he did answers.

North Memphis E took us on a tour through Chickasaw park where he would discover the history of the Mississippian Nation. This was a Native American nation that occupied areas in Tennessee, Alabama, Louisiana, and possibly Ohio according to Williams. In this park, you will find two mounds. Williams described them as “Earth Work.” Back in the day, the people who occupied the space that is now Chickasaw park used inspiration gathered from Ant mound-building and built mounds for the important leaders of the village. According to North Memphis E, the mounds were built by the village people on their own out of love and appreciation for the leaders of their village.

In the park, you can find a statue that gives a brief history of the mounds in context with the Civil War. The statute states, “The chisca mound next to the river was utilized during the civil war as an artillery redoubt and magazine inside federal fort Pickering covering the site of the original fort Pickering. The top of the mound was excavated for the stronghold in 1863.” Essentially, those fighting in the war cut off the top of the mounds and used them as cover during battle. However, once the battle was over, they began digging into the mounds and discovered there was more to the mound than a hiding spot.

The Priest’s mound is the highest mound in the park. It’s the mound that looks over the river and over the remainder of the surrounding area. It’s a very steep mound and there were strict rules about who was allowed inside. If you were not someone working on the mound or a member of the religious council, then you were not allowed inside the sacred area.

“It’s the suffering that helps you find yourself and helps you walk in your truth. It’s like working out. When you break your muscles down, you are only breaking them down to build them back up,” said Williams.

With that in mind, North Memphis E is now on the road to a promising future. A future that rebuilds the legacy of his grandfather and leaves a legacy for his son.

“Son, Daddy wants you to know, you never have to be of the world. It’s always okay to be different. Don’t ever let someone tell you it’s okay to be a part of the in-crowd. Walk in your truth. Always own yourself,” said Williams.