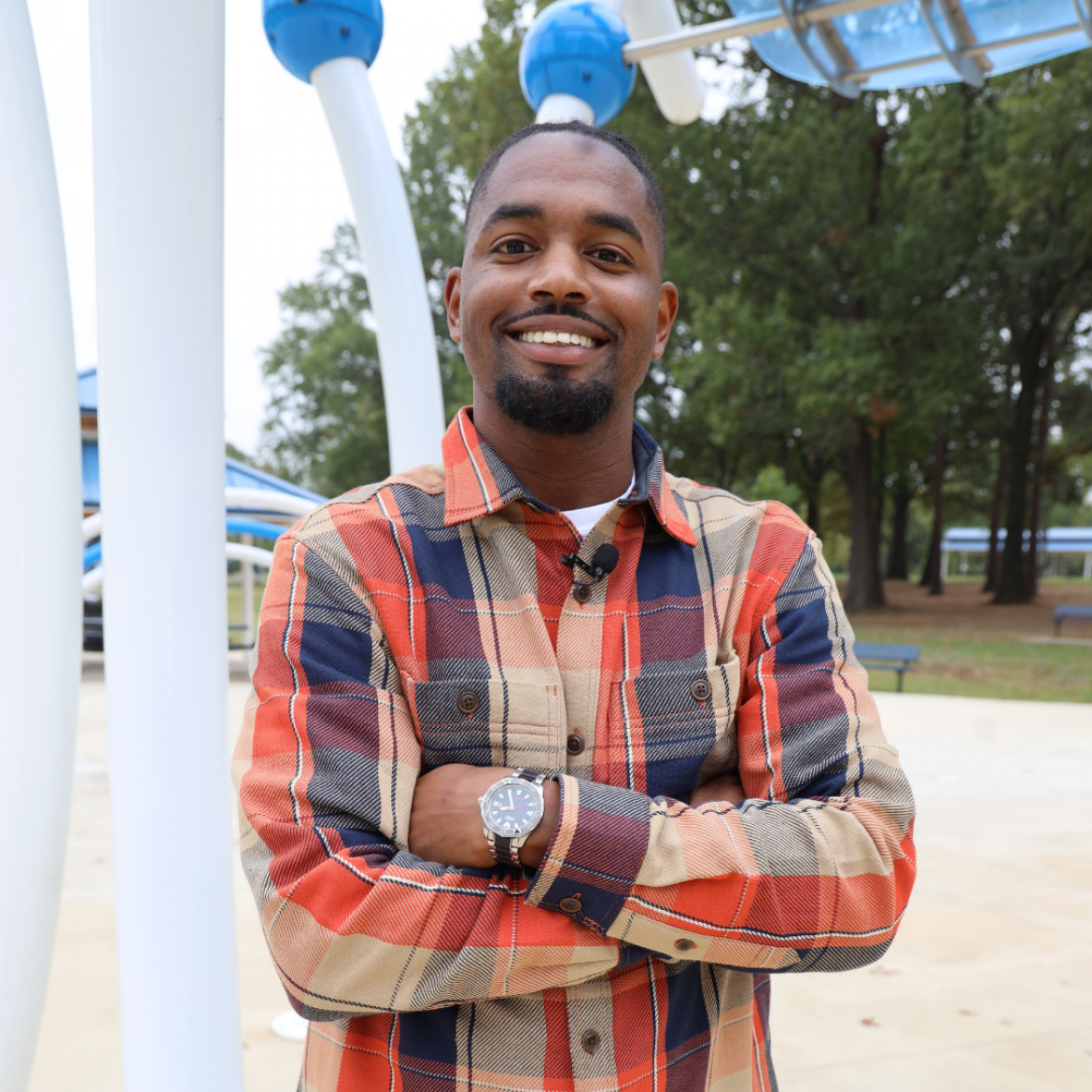 Allen Farmer is a neighbor of Whitehaven where he grew up with his parents and siblings. His childhood was a fun time. He remembers hanging out with his siblings in David Carnes Park and playing many sports. He had a strong family support system. He says his parents were ambitions, and therefore Famer’s childhood was full of travel and exposure that inspired who he’s developed into today.

Farmer’s childhood also had its disadvantages. He was exposed to poverty and traumatic life-altering events throughout his time in Whitehaven. He’s been on both sides of the story where he’s seen better but he has also seen worse. With this in mind, he knew that he always wanted to come back to his community to make an impact on the youth. He wants to develop and expose the youth of the new Whitehaven community and give them the opportunities he had growing up.

[/vc_column_text][/vc_column][/vc_row][vc_row css=”.vc_custom_1459428507763{padding-top: 24px !important;padding-bottom: 45px !important;padding-left: 10% !important;}”][vc_column][vc_column_text]He left Memphis when he was 18 years old. He found himself receiving a basketball scholarship to Eastern Oklahoma where he got his associate’s degree in elementary education. He then received his bachelor’s at Western Kentucky. As he reflects on his time in Oklahoma and Kentucky, he tells us about his own self-discovery journey where he found self-care. Oklahoma and Kentucky are places that have a different feel than Memphis according to Farmer. There is where he was able to connect with nature more than he ever could. By connecting with nature, he found himself connecting to another part of himself, which was a more vulnerable and wounded side. Farmer’s encounter with nature launched him into addressing internal issues, addressing his issues with self-worth, and allowed him to grow as a person.

Farmer believes that being exposed to different walks of life, as he did growing up, allowed him to develop his own sense of self. It allowed him to develop his own decision-making skills. It forced him to think about what truly makes him happy in life and how he wants to impact the world. He always knew that coming back to Memphis was in the plan but having time to reflect and align his dreams confirmed it clearly.

Farmer now works with Persevere here in Memphis as the Youth Coordinator. His ultimate goal while working with the youth in the program is to give them opportunities that they can look forward to. He wants to give the youth hope for their own future by showing them that there are more things outside of poverty and despair or even just the community of Whitehaven itself.[/vc_column_text][vc_column_text]

“My hope for Memphis, especially through Persevere, is to provide the youth in the city a resource and a support system, to let them know they are not in it alone. We are going to address challenging situations that people are going through right now, traumatic events that might alter their life, and even things that may alter their life in the future. I want to bring a sense of family connection and momentum so our kids can get to the end goal.”