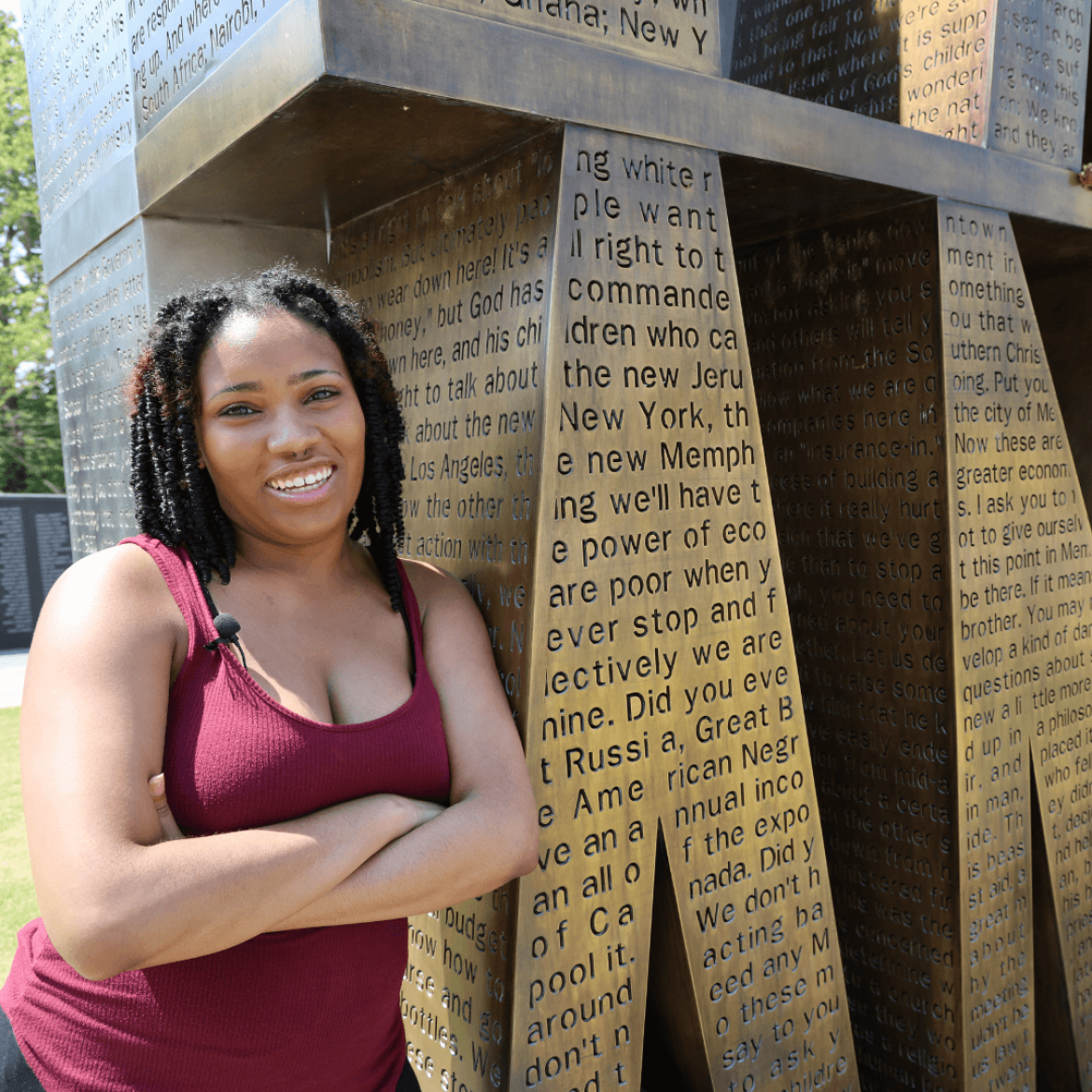 [vc_row css=”.vc_custom_1458549864192{padding-top: 43px !important;padding-left: 10% !important;}”][vc_column][vc_gallery interval=”0″ images=”4049″][vc_empty_space][vc_column_text]Deja Price: Doing My Part[/vc_column_text][vc_column_text]Deja Price is now a social media activist, and her walk of life is what drove her into becoming an activist. Price was born in Memphis and raised in Olive Branch. She traveled around a lot when her parents divorced and with travel came different experiences with people including racism. When she was in Olive Branch, she experienced a majority of her encounters with racism. There were teachers in her school that would ask microaggressive questions like “why are Black girls always the loudest in the group?” or “why do Black men have a certain kind of chest hair and white men don’t?” These were all inappropriate questions that had nothing to do with actual textbook content, and even some of the textbook content Price was reading were stories glorifying racism.

In the year of 2012, Treyvon Martin was killed by George Zimmerman. Word of his murder swept the nation similarly to the word of many other staple names in the Black Lives Matter Movement. It hit Price hard as well. After hearing the word of Treyvon Martin’s death, came news that George Zimmerman would not be charged with murder. He would not be charged with anything. He was scott free. And Price had enough. The injustices that were gone to Treyvon Martin launched her into a world of fear. She cried to her mom that she was afraid to have kids and raise them in a world like the one we are living in now. She wanted to do something about it. Her first interaction with fighting in the social justice movement was born from that conversation. Later on, Deja Price, her mother, and Price’s brother went to Prices’ very first protest at 16 years old. Ever since that time, she has been an active member of the social justice movement.

Price got her college education from the University of Memphis. Although she didn’t experience much racism on the campus, she was involved with a sorority where her sisters didn’t quite respect Price and her culture. She stood up against those sisters who were ignorant and by default, she was labeled as the “angry Black woman,” which is a name she actually grew fond of.

To Price she is Black before she is a woman; however, her gender identity does allow people to easily dismiss her as an angry Black woman without a cause. She has embraced that label throughout her journey because she understands that anger doesn’t always come from a place of destruction. Sometimes it comes from a place of self-worth, and Price knows that Black people have had enough and are worth more.[/vc_column_text][/vc_column][/vc_row]